by Carmen Ferrara for Intersezionale 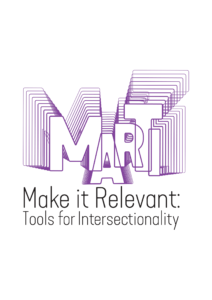 When in May 2018 I took a flight to Alicante, it was my first time travelling abroad on my own. I left for a week-long training course,
financed by the Erasmus+ programme, in Caravaca de la Cruz in Murcia. The title of the project was “Identit[ies] -Gender meets culture” and it has been one of the best experiences of my life. There were participants from Estonia, Armenia, Greece, Italy, Poland and Spain.

The objective of the course was to provide youth workers and trainers an understanding of the intersection of identities and the relations between gender and culture to include and talk about gender through one’s work with young people in intercultural contexts. I was a participant for, I was the co-coordinator of the youth group of Antinoo Arcigay Napoli and I had recently graduated with a thesis on LGBTI migrants, that I then published with the title
“Sexual Orientation And Gender Identity. Migration And Reception”.

Intersectionality was the theoretical frame I had adopted for my research and I was trying to put it into practice in the environment of queer activism.
In Murcia, I learnt about a tool used in non-formal education, that I then used for research and teaching: the identity molecule.
At this link, you can find an explanation of the tool.

What I would like to share of that experience is the challenge of sharing thoughts on the theme of identity among people that had very different backgrounds in terms of religion, gender, ethnicity, sexual orientation, and previous knowledge on intersectionality. Applying atheoretical concept to a context as practice-based as youth work is a tough challenge.
To talk about this I interviewed Annamaria Simeone, president of Giosef Torino – Marti Gianello Guida A.P.S., Federica Milano of Euracción Murcia, and Mary Shaheen of New Generation Palestine, that together with the dutch association YES – Youth Exchange Service are carrying out an Erasmus + KA2 youth project for innovation to create an innovative educational approach and tools to concretely work on intersectionality in youthwork.

The first long chat I had was in a video call with Annamaria. We started talking about the project Make it Relevant: Tools for Intersectionality, dedicated to Marti Gianello Guida, that was president of Giosef Torino (ex Giosef Unito), a non-binary person who died of cancer very young, as they were bringing to Italy the reflection on queer(ness) and intersectionality.

Anna had already talked to me about Marti and their works; she had told me that this project was born thanks to their effort and passion and she went straight to discussing the systemic discrimination in the access to youth work. The process to become a youth worker is far from being inclusive and accessible; this is not recognized as a profession and it is often “one struggle oriented” ーhaving an intersectional approach is essential in order to tackle theambiguity of complex identities, especially in the Euromediterranean area.

Intersectionality is discussed ― Anna says ― by naming a concept theorized in the United States, while in Europe, and especially in Italy, there are very few non-white people in youthwork. In Europe, identity issues need further elaboration, starting with the processes of decolonization. The Other (the non-white, disabled, LGBT+…) is always seen as a passiverecipient and the approach is still a paternalistic one, typical of volunteering and white saviorism. Our conversation ended with a shared reflection on how crucial it is to turn the concept of intersectionality into an operational tool, and to talk about the intersectionality ofsocial justice struggles. In this regard, she highlighted the fundamental role of the Palestinian perspective in the whole project, since, as it has often been said by another mother of intersectionality, Angela Davis, Palestine is playing the central role that South Africa played in the 80s.

It was unthinkable to have a project on intersectionality in the area of the Erasmus+ programme without the perspective of the Palestinian people who are living through a dramatic and intersectional form of oppression generated by occupation, colonialism, and the Israeli apartheid. Anna then suggested I talk with Federica, who is living in Murcia and with whom I scheduled a Skype call during the weekend. After sharing memories from the
experience in Spain with the Identities project, Fede immediately talked about Marti. She spoke about when they first met and about the importance of having been around them. Marti had translated the political writings of Audre Lorde and had introduced her to the non-binary experience and the political body. Like Anna, Federica talked of antiracism and anticolonialism, of a rich and white Europe and of youth work as a job without professional
recognition.

Fede is an expert on adult education and self-learning to learn, and she explained to me how difficult it can be to evaluate the long-term impact of non-formal education. Then we started discussing poverty and neoliberalism, and the conversation got deep, so I lighted myself a cigarette. With a welfare system that does not guarantee high-quality free education, the poverty cycle persists. If you live in material and cultural poverty, networking will take you much longer, compared to a peer that does not face those difficulties. If you are a refugee, aside from surviving, your time will be spent between the police headquarters and the prefecture. There is a need of opening up debates inside of youth work, Fede also problematized the application of the concept of intersectionality, born as a legal term, to talk about multiple and non-sequential discriminations. As far as we are concerned ― says Fede ― with this project we hope to play our part by creating functional tools to make intersectionality operative.

Lastly, I interviewed Mary, who defines herself as a Palestinian Arabian Mediterranean woman, a youth worker, and a trainer.

For a Palestinian woman ― Mary explains ― youth work is not an easy job, because in Palestine there is a strong assumption that men are more competent than women as youth workers. Maybe ― she clarifies ― it is because after getting married the majority of women distance themselves from youth work as much as possible, as it requires a lot of travelling; this is also due to the fact that women are expected to take care of their homes (another
stereotype), and it is not easy for them to build a career there ― it certainly takes double the effort that it would take a man.

I asked her what intersectionality means to her and she replied that in her opinion intersectionality is looking to oppression on multiple levels.
“When people deal with me theytreat me differently because I am a woman, because I am Arab, because I am brown. This causes me to have fewer opportunities. Also, the fact that I have to make triple the effort in comparison to my Muslim Palestinian male colleagues or, in a different non-national context, to my European white male colleagues, is an example of intersectional oppression. That is why it is necessary to tackle the lack of opportunities on the basis of all factors of oppression”.

After this intense journey from Italy, to Spain and to Palestine exploring intersectionality, especially since I am writing in a magazine called “Intersezionale“, I will share with you the link to receive news on the project. 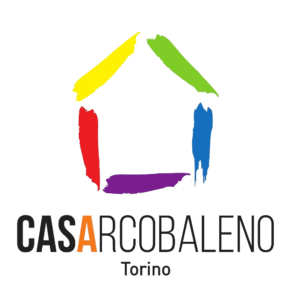 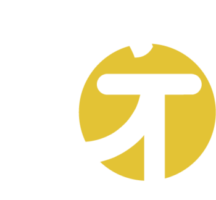